We have a very special interview from Mike Paxman who is currently working in the mobile games industry here in Tokyo. Mike studied Japanese Language at the University of Sheffield, also helping to run the Japan Society on the side.

He also used to run the extremely popular Japan is doomed blog and has contributed contents to other Japanese culture websites such as Tofugu.

Below is the interview we did together about advice for those who are who are interested in working in Japan and specifically the game industry! Some great contents and hope you enjoy!

Can you tell us about yourself? Summary of work history, reasons for coming to Japan etc?

My name is Mike, I’m 26, I’m from the UK. I did a year volunteering in Japan, then majored in Japanese at university with a year abroad studying here. I graduated in 2011 and started teaching as a specialist for bilingual students. After that I worked at a video game translation company for about a year before starting my current job at a smartphone app developer.

What are you main duties at your current company?

I translate game content, websites, legal documentation and so on, I do marketing and international business, I handle communication with foreign developers and investors, I plan new titles and do research into foreign markets. I also am in charge of the vending machine.

What are the main skills that are necessary for your current positions?

The most important skill, and I think this is true for any foreigner working in Japan, is flexibility. When my company hired me they were honest and told me I am going to have all sorts of stuff thrown at me – a lot of which I won’t know how to handle. My actual job, and I think this is true for pretty much all foreigners working outside of teaching, is to deal with anything “international” as best I can, so that a non-native doesn’t have to do it and make the company look bad. If you look at my CV and then at my current job description, I don’t meet all the requirements for the job. But they hired me because they felt I was flexible and willing to learn.

What advice would you give anyone who is hoping to get into the Video Game Industry in Japan?

Ok, seriously though. It’s a very fun and interesting market to be a part of because it changes a lot and the content is usually pretty interesting. But I think people should realize it’s just like any other industry in that there are plenty of people in it who have no interest in video games. It is, ultimately, a collection of businesses, not a collection of hobbyists. We don’t just sit around thinking of cool game ideas while playing Mario Kart. It’s not edgy indie game discussions by people wearing beanies and taking Instagram snaps. We do just as many mind-numbingly boring marketing reports as any other industry.

The other thing is, despite it being a very international medium, the Japanese games industry is somewhat rigid. The big players (Sony, Nintendo etc) have been big for so long, even the tiny small startups have capitulated to the market shape that was established in the 1990s. So it can be really frustrating if you come into the industry with a desire to break paradigms and crack the Western market for your company, because before you get the chance to do that you’re going to be writing a lot of reports on why Title X isn’t successful in Singapore. The smartphone boom has sort of broken the mould a bit, but that was 3 years ago, and the big players are already established.

Do you think there is more of a focus on causal smartphone games than traditional console games?

The smartphone boom is huge, and it is pretty stable right now. That combined with a pretty poor showing from consoles (Wii U, 360 in Japan) means people are less willing to risk money on a console. Within the smartphone industry, however, I think it varies by nation. The most lucrative market in Japan is the semi-core 30s male demographic (Puzzle Dragons), whereas in the West it is more casual. (Candy Crush Saga)

I think, as sad as it is, the trend of micro-transaction free-to-play titles dominating pay-to-download is going to continue, as is the smartphone attack on the gaming market as a whole.

Puzzle Dragons, one of the top mobile games in Japan. You see people playing it EVERYWHERE!

Did you always want to be in this industry?

No, but not because of the industry itself. This is a very personal thing, but I’m still in the process of figuring out what I want to do. I started out thinking I wanted to be a teacher. Nope. Then a translator. No. Now I’m in a very friendly open company where, when I told my boss I wanted to lean more towards international business and away from translation and coding, he was very understanding and is helping me to do that. I don’t know if I can fully achieve that goal at this company or even in this industry. If I can, I’ll stay.

Looking back over your career is there anything that you would have done differently?

Studied far more Japanese, faster. My partner is self-taught in English and is literally bilingual. It was a real wake up call for me that you can really learn an insane amount of stuff. Sorry to all current Japanese learners, but it isn’t enough, employment-wise, to have good Japanese. The days of being hirable just because you can do Japanese are kind of over, at least for top level jobs. You need a practical skill now. Go learn coding in Japanese. Far more useful than learning another 100 archaic readings of a kanji.

If I had known that years ago, I would have started reading textbooks in Japanese from day one. Even if you don’t understand 95%, it’s still exposure and your brain is still learning about how it all works. I am currently in the process of teaching myself this. I feel like, at 26, it’s still a pretty comfortable time for me to learn it. But I had a hell of a lot more time and energy at 21.

You can learn an insane amount of stuff if you put your mind to it. You aren’t going to learn anything by not studying or by thinking “that’s enough”. I’d kill to be able to go back in time and tell myself that.

Where do you see yourself in the future?

Either in Japan, or using Japanese in my employment overseas. My partner has plans to continue education in the UK, so I think we will go together. After that, I don’t know. Both of us are big on international life so I think somewhere that is overseas for both of us would be ideal – the US or mainland Europe perhaps.

As for work, I would like to be involved with Japan. Not only on a linguistic level, but on a market one as well. Working for an overseas branch of a Japanese bank, or a big international Japanese company, is probably the sort of thing I want to do. Very boring stuff!

What was the biggest hurdle you had to overcome to come to Japan and also get into your current company?

The language. Isn’t that everyone’s answer? Back in university I used to think “I’ll learn Japanese, THEN I’ll work there”. Now I realize you don’t ever finish learning Japanese, but I also learned you are probably already good enough to get started on finding a job here.

For my current company, I think it was mostly throwing myself into work I wasn’t familiar with. I had zero experience in marketing when I started. Now I feel somewhat confident but there is still a huge amount to learn before I could call myself confident at marketing. I’m planning to take some courses in Japanese on marketing, which hopefully will sure up both my knowledge and my technical language skills.

Do you think it is getting easier for foreigners to work in Japan?

It depends what you want to do. I remember reading that the number of foreign teachers is going to skyrocket, and there’s talk in the diet of upping immigration rates just to support the population. So if you are trying to come here with the aim to teach, or if you don’t really care what work you do, it’s probably getting easier.

As for having a non-education career here? Definitely harder. The number of people who have business-level Japanese goes up every year, as does the number of returnee students and half-Japanese people. When I was here in 2006, I remember chatting with other foreigners who told me “if you get JLPT3, you’re golden for some easy office work”. Now it’s N2 or bust, at least for any job that has you in control of projects. I expect it’ll be N1 before long.

According to government data it seems that large companies [1,000 people+] are more inclined to hire foreign staff and unsurprisingly many are specifically looking for foreigners that can use Japanese in a business environment

What are some of the difference you feel compared to a Japanese and international company?

International companies are more willing to let you focus on your work and don’t fuss over regimented rules as much, but on the flipside I think they are also way more demanding about your output. It’s hard to compare as schools are somewhat different and both the companies I worked at since then are pretty modern and international.

I would really hesitate to work at FujiFilm or some other super traditional company though. They don’t believe in sleep. Or joy.

Have you got any other advice for someone who is currently thinking of working in Japan?

Stop reading this right now and go expose yourself to more Japanese. If in an interview I had to choose between the kid who knows 50,000 kanji and the one who doesn’t know many but can order in a restaurant, I’d choose the latter. Textbook Japanese is great for exams, and it’s fundamental, but when it comes to upping your chances of passing an interview, I’d say pick up the Asahi newspaper and read it by the fireplace as you burn your copies of Kanji 101.

A big thank you to Mike Paxman  for taking the time to show use more about working in the mobile game industry in Japan! Hope you all enjoyed it! 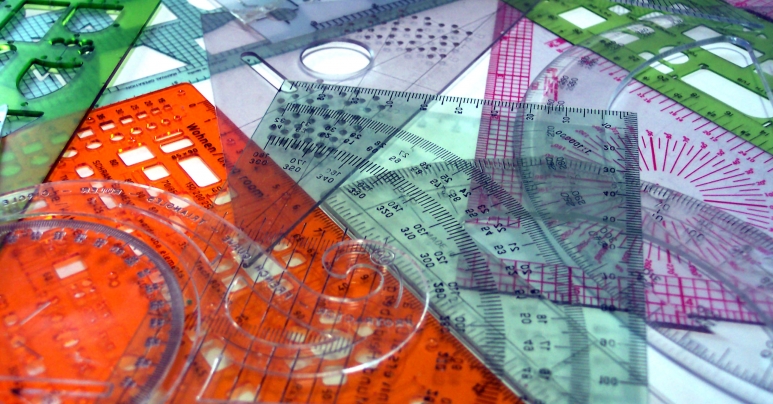 Interview – Teaching at an International School in Japan